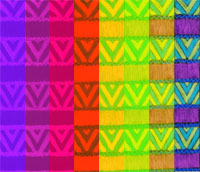 Women in politics in South Asia

Second Edition, 2011
Reva Yunus and Sweta Narayanan
Documenting women’s work and working with others who share our values and objectives are important elements of our vision and mandate. This study, in its second edition , contributes to realising both of these.

Sweta Narayanan
The growth of organisations dedicated to serving women in India is interesting on account of its relevance and growing importance in the current scenario of accelerated women’s empowerment. This paper reviews the nature and working of women’s organisations in Chennai, as a lens to the Indian women’s movement. Its structure will serve to highlight two major objectives of the paper – a brief overview of the course of the women’s movement in the country and a detailed description of the activities of 20 organisations, from advocacy groups to service providers, currently working towards women’s welfare in Chennai.

Nirmala Iswari
The experiences of women in the Madras Presidency during World War II are interesting to look at because traditional war narratives typically exclude women, also because very little literature exists on the subject. This essay draws on historical records of the War, literature on women and war, memoir/personal recollections, and an interview. While case studies illustrate how women became victims and active contributors in war situations, historical records and literature on women and war supply background information and facilitate analysis of case studies.

C. Sindhu
This paper profiles the participation of women, including student activists, who followed Mahatma Gandhi’s lead by participating in the Quit India Movement. The Quit India Movement was followed by the INA (Indian National Army) activities of Netaji Subhas Chandra Bose and the RIN (Royal Indian Navy) Mutiny which further weakened the foundation of the British Empire in India. Captain Lakshmi Sehgal of Madras was an associate and Commander of the INA’s Rani Jhansi regiment. During this period, women extended the discipline and sacrifice of their homes to the nation as a whole. Women in the early 1940s seem to have wanted to prove Gandhi right.

Women's Participation in the Dravidian Movement, 1935-45

Swati Seshadri
This paper aims to study the participation of women in the Dravidian movement. It begins with an overview of the genesis of the movement, while focusing on women’s activism in various campaigns. The paper profiles the handful of women whose work was documented briefly.