To articulate one's needs;
to be one's own best advocate. 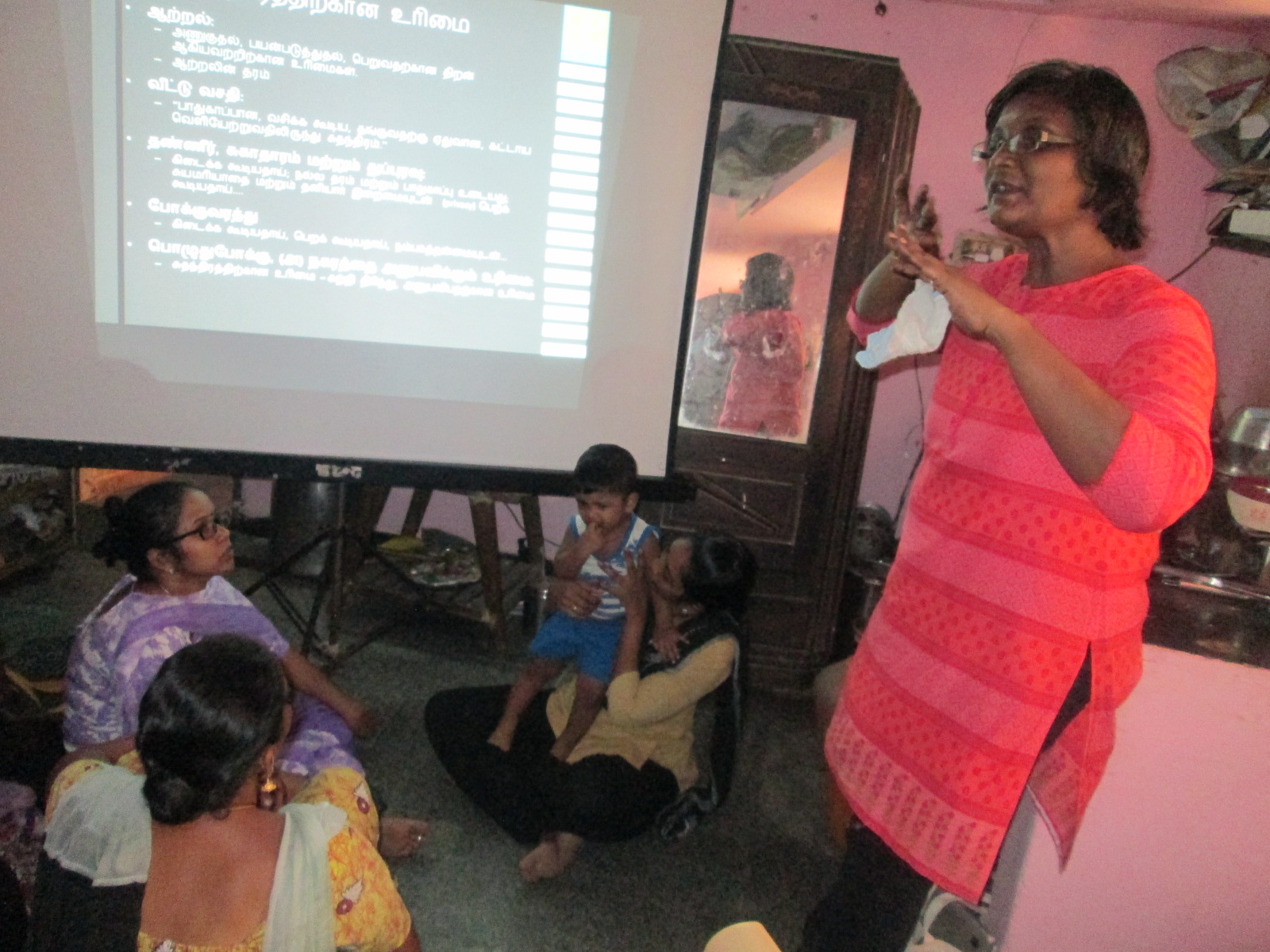 Our City, Our Rights

Every citizen has the right to their city. This translates into their rights to safety, to access energy, water, sanitation, hygiene, transportation and recreational facilities. But most people lack basic awareness of their rights and therefore, cannot claim them. It is important that residents of a city understand that they have the right to build, rebuild and make their locality safest and habitable. For instance, as India’s cities seem to grow more unsafe, it is important for women and girls to learn that they have the right to feel safe without restrictions to their mobility at any hour. Namathu Nagaram Namathu Urimai (Our City, Our Rights; henceforth, NNNU), a citizen awareness process designed by Prajnya, seeks to create civic rights awareness among women and girls and to build their capacity to take ownership of their cities.

The objectives of the "Our City, Our Rights" project are:

We began to pilot this project in 2017. The multi-phase NNNU process was designed to cover the following civic issues: safety, sanitation, transportation, recreation and electoral democracy. The project has been funded by the individual donations that come to Prajnya.

On August 14, 2018, we held a consultation as part of this project, which was attended by members from six local NGOs: Centre for Women’s Development and Research; Forum for Women’s Rights and Development; Penn Thozhilalar Sangam; Positive Women’s Network; Roshni; and Working Women’s Forum. Each group shared its main concerns vis-a-vis civic problems. We short-listed four areas: cleanliness, safety, the thoughtless location of TASMAC shops and the challenges of accessing government benefits and services. A fifth area emerged, as both problem and cause: women's lack of representation and voice. Participants compiled these demands under the collective identity, "Penngal Koottamaippu." Read the charter in English and in Tamil.

In the first phase of the NNNU process, we focus on safety. The Safetipin App, which is based on an elaborate safety audit exercise, is our main tool, used either on the smartphone or in adaptation through a written survey instrument. Following an orientation on civil and civic rights, we train participants to use the tool. We work with them to document their findings. The idea is that where possible, we will also facilitate a sharing with local decision-makers.

In the second phase of NNNU, participants audited the supply of safe water to their area. The household survey examined the quality of water, the frequency of suppy, the quantity of water, security while accessing water and the cost of water per month. Residents of a neighbourhood carry the survey out themselves, enabling them to make informed demands of the administration.

The third phase of NNNU pertains to sanitation in the neighbourhood. Residents survey the neighbourhood to assess toilet availability and usage, drainage and stagnation levels in public areas and garbage removal.